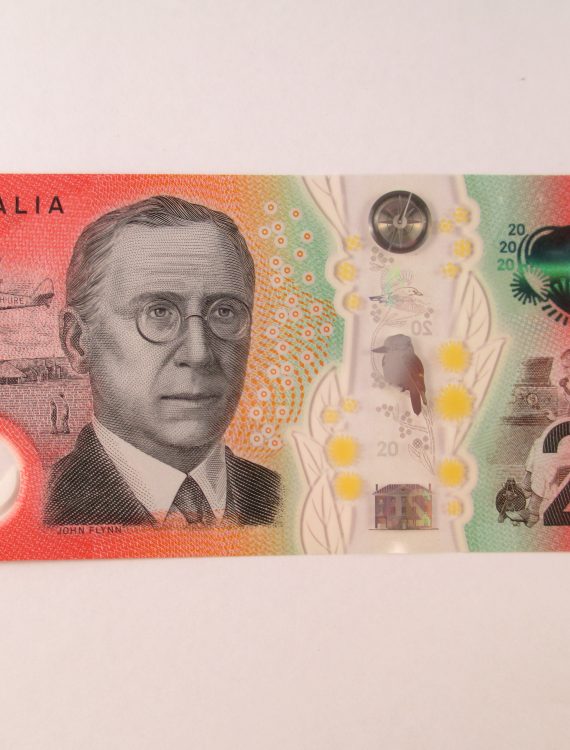 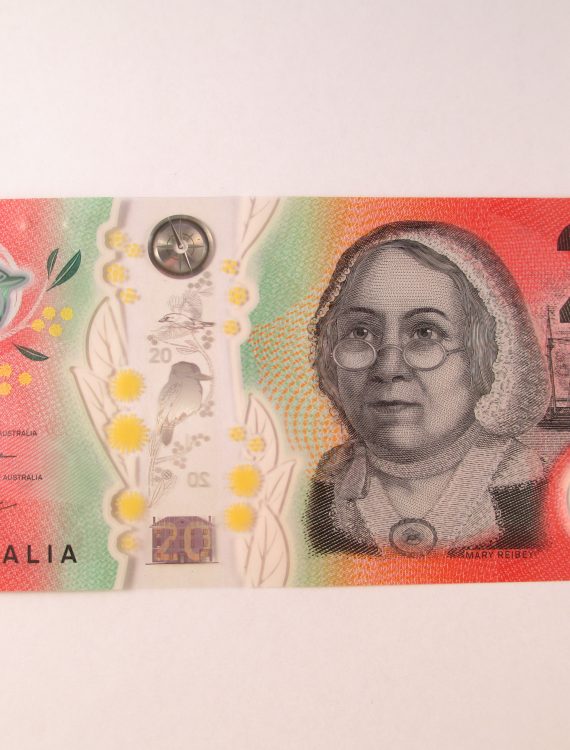 Back to Bank Notes,

Do the “Buy it Now” thing and secure this nice item.

WHAT’S ON THE NEW $20 BANKNOTE

The new $20 banknote has a range of innovative new security features designed to keep the banknote secure from counterfeiting.

Each denomination of the new series of banknotes will feature a different species of Australian Wattle and native bird within a number of the security features. On the $20 banknote, these are Box-leaf Wattle (Acacia buxifolia) and the Laughing Kookaburra (Dacelo novaeguineae).

The new $20 banknote retains the portraits of Mary Reibey and Reverend John Flynn, which are drawn from the same source photographs represented on the first polymer $20 banknote.

The banknote celebrates Mary Reibey, a convict who arrived in Australia and later became an astute and successful businesswoman running her shipping and trading enterprises, and John Flynn, who pioneered the world’s first aerial medical service now known as the Royal Flying Doctor Service. Their work is recognised in several design elements on the banknote, including an image of the RFDS De Havilland aircraft leaving a remote Broken Hill homestead in 1948 and a pedal-powered transceiver used by the service to improve communication in remote areas. The banknote also includes images of a Port Jackson schooner in Sydney Cove in the early 1800s, similar to the type owned by Mary Reibey. Beside it is a traditional Eora nowie (canoe). Aboriginal women fishing from these vessels were a common sight on the harbour in Reibey’s time.