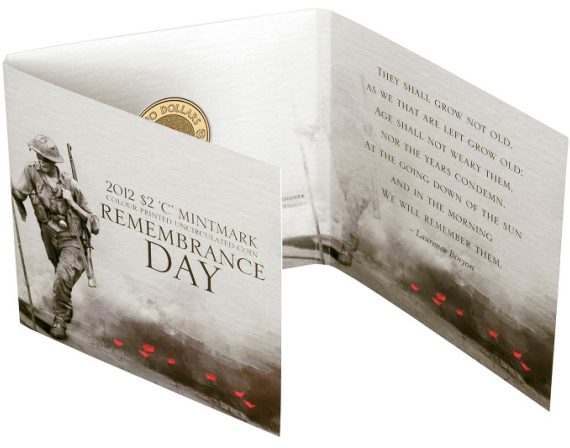 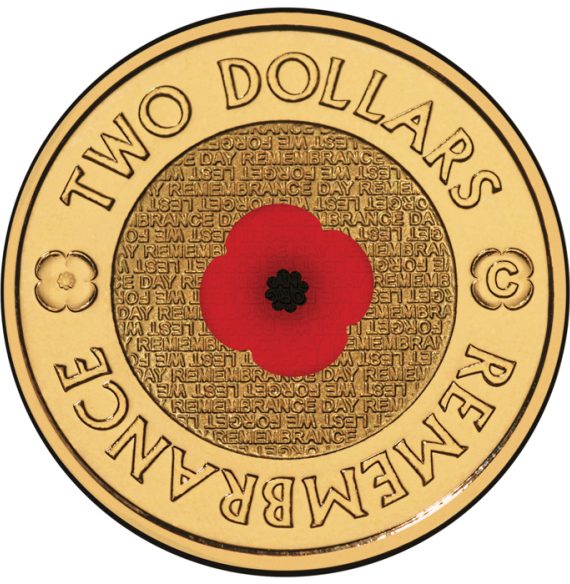 The coin features a colour poppy on the reverse, the accepted symbol of Remembrance Day and so used for the poppies that were the first plant to grow on the devastated battlefields of northern France and Belgium. This haunting image was so powerfully captured by Lieutenant Colonel John McCrae in his poem In Flanders Fields, that it became the symbol of the blood shed by soldiers who have died in battle and is recognised around the world.

This coin is an historic tribute to those men and women who fell defending this country and its allies. It is also a poignant reminder of the role that Australia’s Armed Forces continue to play and is a fitting Remembrance Day commemoration