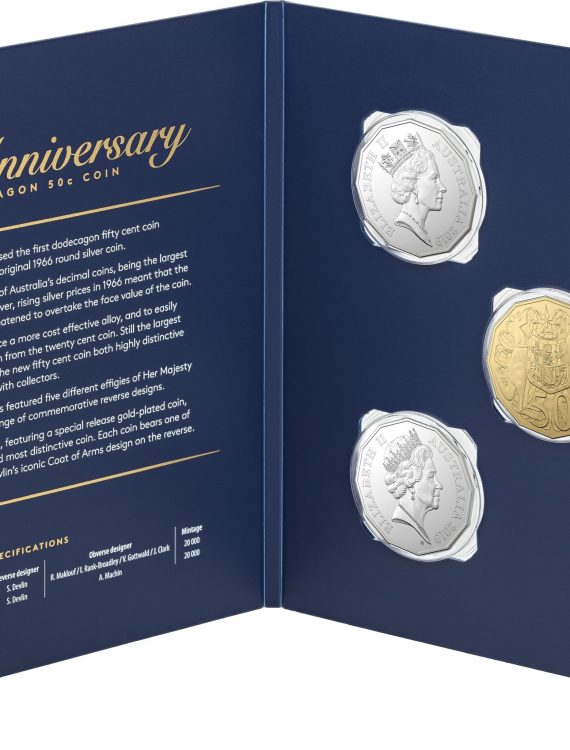 In 1968, the Federal Treasurer, William McMahon announced the 1966 round silver 50¢ would be withdrawn from circulation following the increased silver value above the 50c face value. The following year the Royal Australian Mint released a new dodecagonal cupro-nickel 50¢ into circulation. The new coin shape helped differentiate the 50¢ coins from the existing round 20¢ coins.

The 50th anniversary of the Royal Australian Mint’s introduction of the copper-nickel dodecagonal 50¢ is celebrated in 2019 with this five coin 50¢ collection. The set marks the golden anniversary with a special release gold plated coin and celebrates the five different effigies of Her Majesty Queen Elizabeth II that have featured on the coins since 1969.