$0.00 0 items
Back to Decimal CoinsSpecials 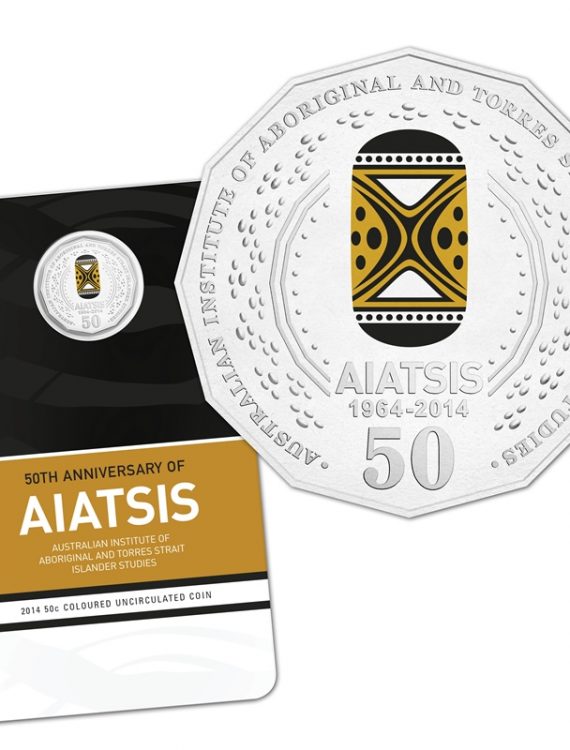 RAM photo used. The actual product is original and darker than the photo and guaranteed.

The Royal Australian Mint partnered with the Australian Institute of Aboriginal and Torres Strait Islander Studies (AIATSIS) to produce this coin celebrating 50 years of research, promotion and preservation of Indigenous societies.

Featuring a coloured AIATSIS logo, surrounded by traditional Indigenous art motifs, this coloured cupro-nickel 50¢, with a
mintage of 30,000 celebrates its 50th anniversary of establishment in 1964.

The coin is encapsulated on an official Royal Australian Mint card. Note the golden toning.

The AIATSIS logo is a representation of a shield derived from the painted boomerang totem (fighting shield) of the Gu’na’ni (Kunjen) people from the Mitchell River region of the Gulf of Carpentaria and a piece in the AIATSIS collection of indigenous treasures that the institute cares for. The design bears two boomerangs with circles, lines and dots.