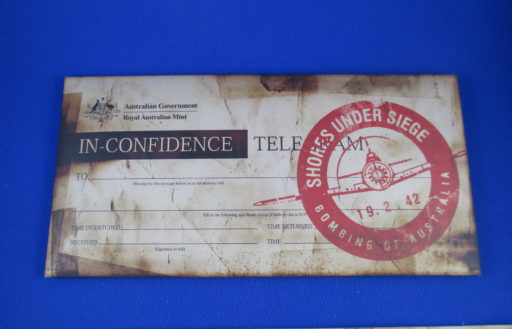 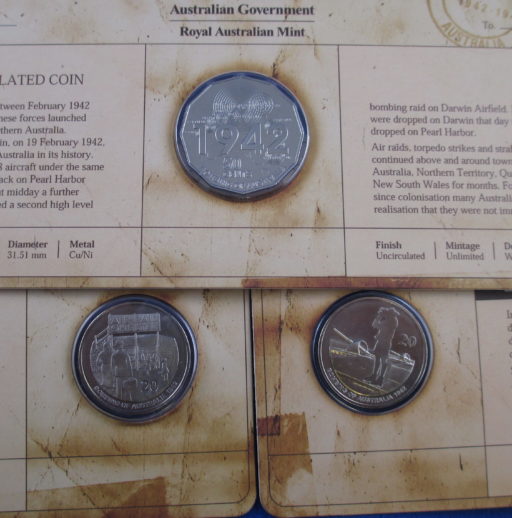 Between February 1942 and November 1943, during the Pacific theatre of World War II, the Australian mainland, domestic airspace, offshore islands and coastal shipping were attacked at least 97 times by aircraft from the Imperial Japanese Navy and Imperial Japanese Air Force.

As we approach the 70th anniversary of these attacks in 2012, The Royal Australian Mint released on the 1st February, a three coin uncirculated set depicting images of these attacks and the civilian response. Remembering these events will ensure our nation never forgets the horrors of war, our nation’s ability to rally together in times of need and the value of peace.

50c – Dramatic impact zones loom over a map of Australia, illustrating the many bombing and strafing sites that were hit in 1942.
20c – A dramatic silhouette of a lone sentry standing on a gun turret, facing out to sea,
20c – Air raid shelter with civilians awaiting entry.