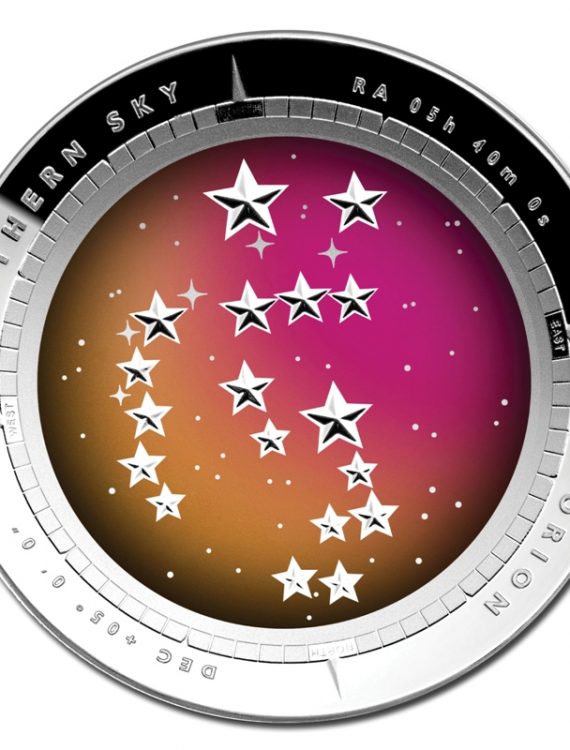 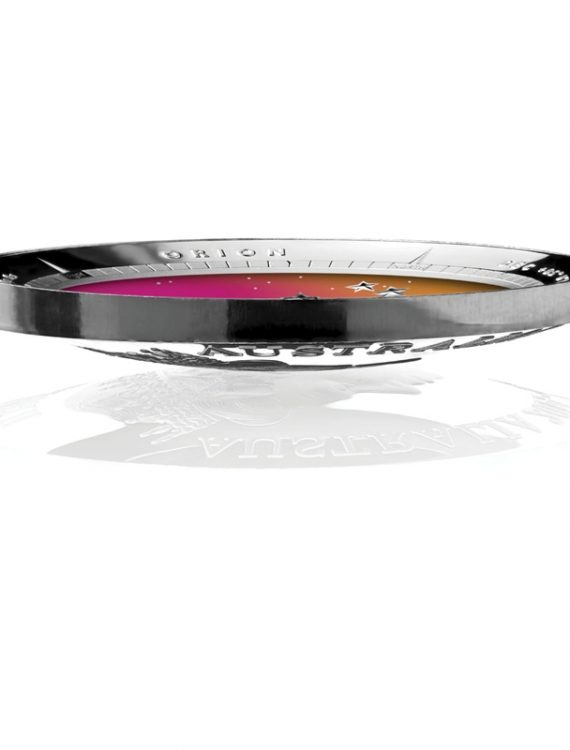 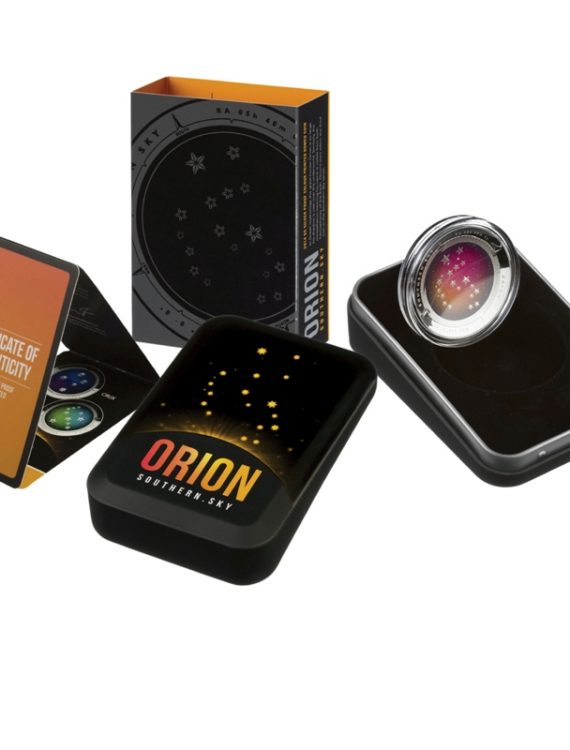 In Greek mythology, Orion desired to impress, either through his hunting skills or his handsome charm.
He was believed to be born in Boeotia, central Greece, to the sea god Poseidon and the immortal Gorgon Euryale.

He faced obstacles from those who doubted him. While courting the princess Merope, her father Oenopion robbed Orion of his sight to protect his daughter’s purity. He later regained his sight, but died at the hands of embittered opponents. Some legends say that his hunting companion Artemis was tricked by her protective brother Apollo into killing him with an arrow. Some say that the goddess Hera was so offended by his boasting that she unleashed a deadly scorpion onto him.

His ascent to the heavens ensured that he was finally held in awe by whoever saw him. As a constellation on the celestial equator, Orion is visible around the world, holding his club and shield.

Third and final coin in the popular and award winning series.

The award-winning Southern Sky series has achieved popular and critical acclaim. Following the innovative Crux and Pavo coins, the series concludes with the popular Orion constellation (the hunter). This exquisite coin boasts the same silver content, domed shape and colour printing of its predecessors and will be highly sought-after by coin collectors.

Note the outer box is sticky