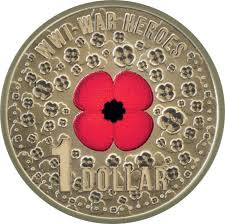 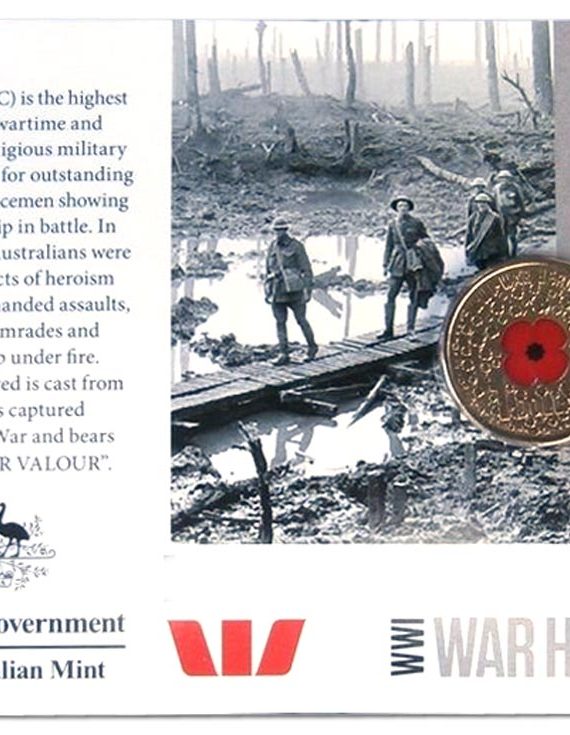 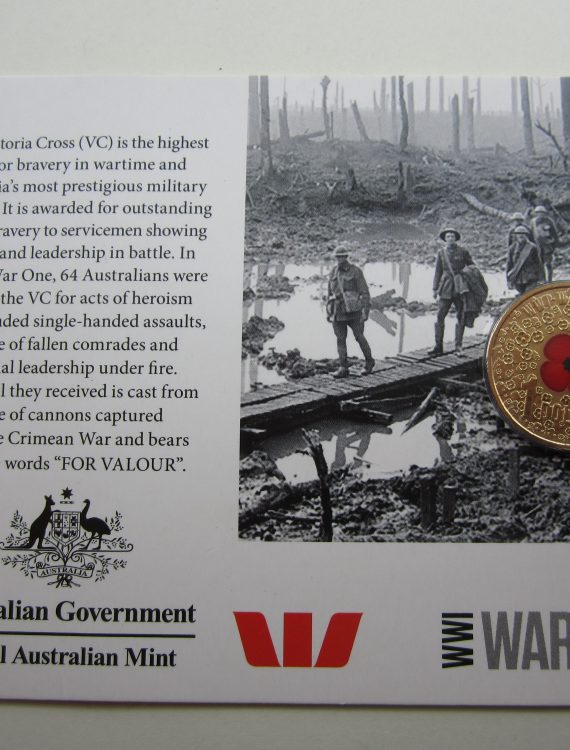 This official Australian legal tender coin was originally part of a promotion that saw fourteen 20 cent coins made available to the general public through newsagents over a two week period. The colour $1 coin was initially released exclusively to News Corp subscribers.

This spectacular $1 coin features a poppy field design with a large central poppy motif rendered in an eye-catching red hue. At the top is the inscription ‘WWI – War Heroes’, while at the bottom is the coin denomination of ‘1 Dollar’. On the obverse side is the effigy of Her Majesty Queen Elizabeth II, designed by Ian Rank-Broadley. Like regular one dollar coins struck by the Royal Australian Mint, the War Heroes coin is made from Aluminium-Bronze and measures 25mm in diameter. Unlike other dollar coins however, this colour release has been struck with a ‘frosted’ appearance, and only 13,500 coins have been minted for distribution worldwide.