$0.00 0 items
Back to Decimal CoinsProof Sets 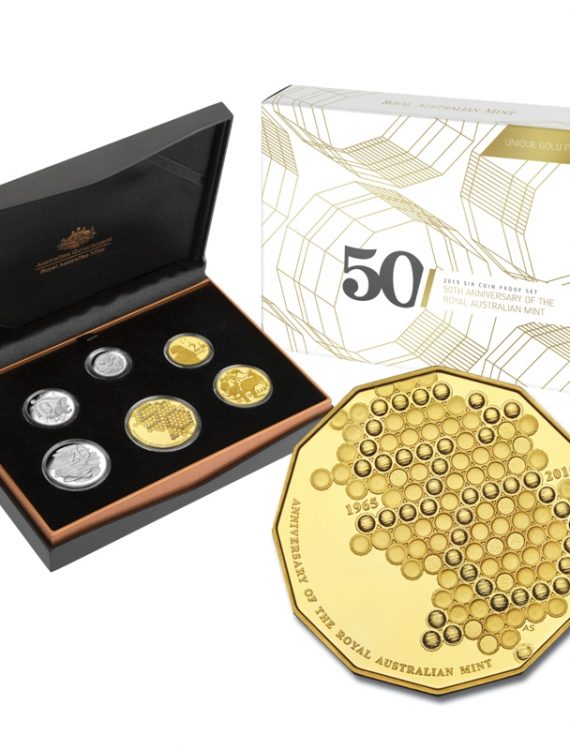 Back to Decimal Coins,Proof Sets,

On 22 February 1965, the Royal Australian Mint was opened by His Royal Highness Prince Philip, The Duke of  Edinburgh. This heralded the start of a new era: the first wholly Australian-operated mint, established to manufacture the coins that would become such a strong part of Australia’s identity after the changeover to  decimal currency. Since that day, over 14 billion circulating and collector coins have been produced at the Mint, becoming iconic works of art which have traversed the entire country.

The annual tradition of Australian Proof & Uncirculated years coin sets continues in 2015, celebrating the golden anniversary, 50 years of minting coins for collectors and circulation. Next year’s sets contain a new 50¢ featuring  a honeycomb design as well as the regular cupro-nickel 5¢, 10¢, 20¢, al/bronze $1 and $2.